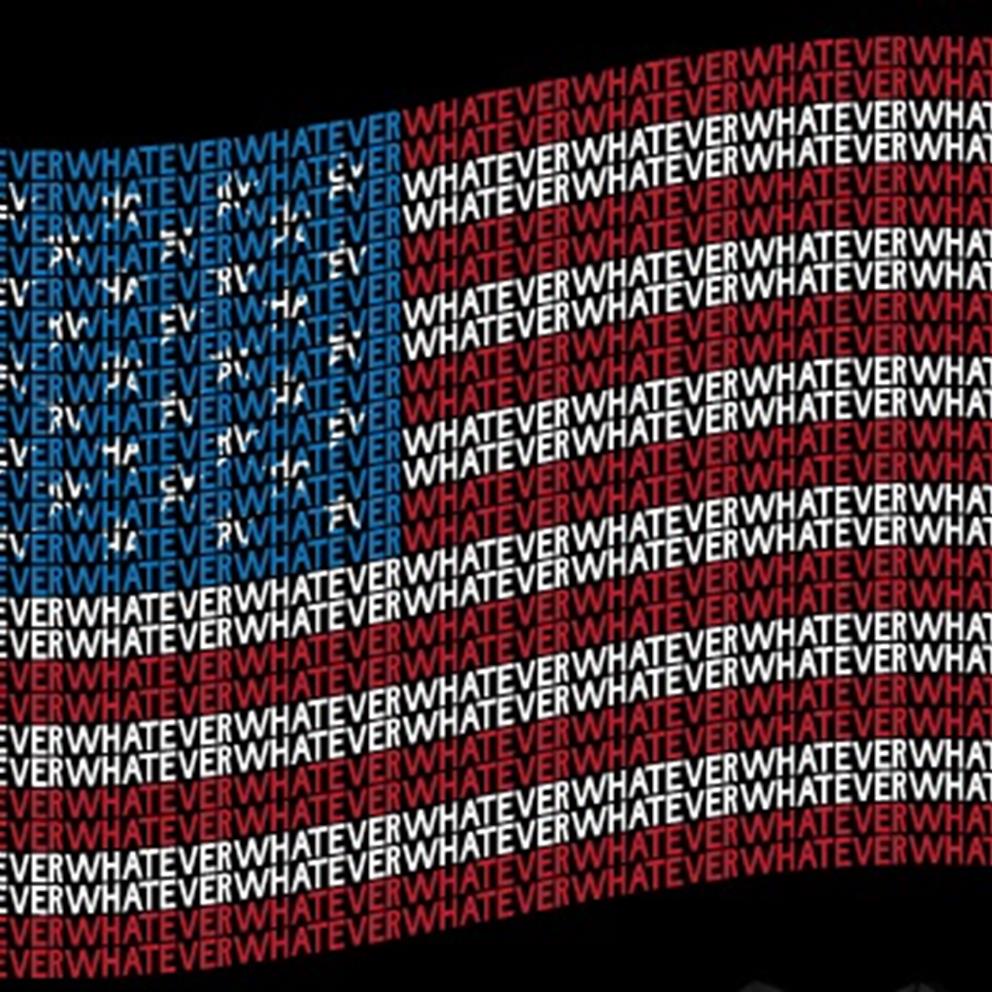 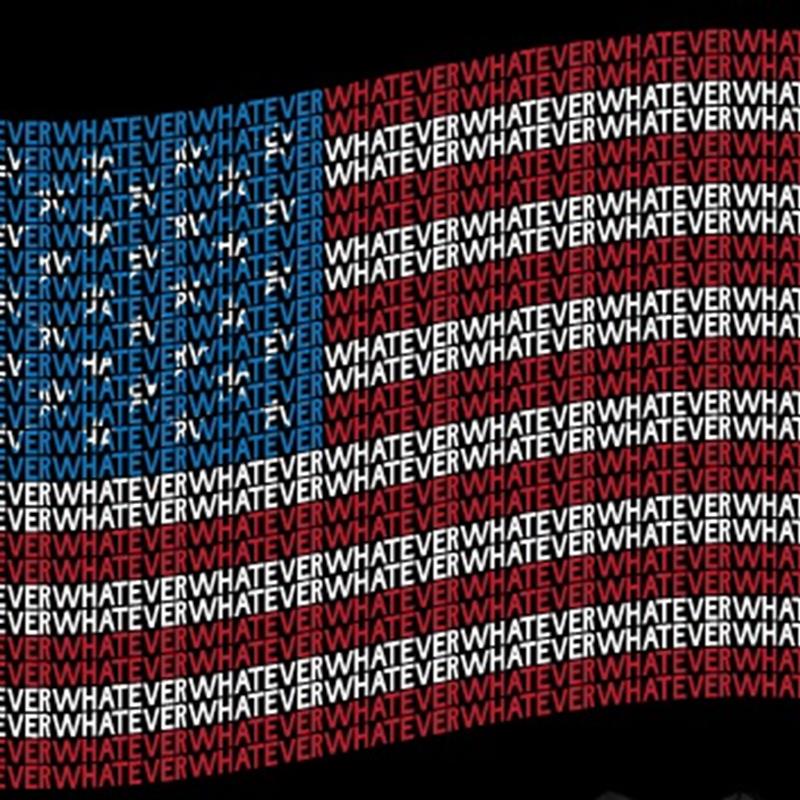 Weekly update - The United States of Whatever

Today’s comment comes from Robin Newbould, Head of Execution, Advisory and Precious Metal, who last week was busy saying goodbye to the BullionRock trading moniker as it rebranded to Ravenscroft, a change that coincided with the Ravenscroft name being applied to all subsidiaries of the group in Guernsey, Jersey the UK and Isle of Man.

I suppose I am almost obliged to comment on the old US election result, right? It was not unexpected, for me at least, to witness such a close-run event last week. History has a very good track record of demonstrating that democratic votes during disturbed social, political and economic times tend to be very divisive (with half of a nation thinking one way, half another … sometimes ending in civil war). In the instance of Trump v Biden, my guess is that, generally speaking, the Marmite® nature of The Donald will have been his ultimate undoing. Rather than posit a mere guess, I did do a bit of research to see if anyone had asked the question of US voters, and I did find the below (and many similar if you were, like me, thinking that a sample of 5,000 voters might be far from representative), which I found rather interesting: 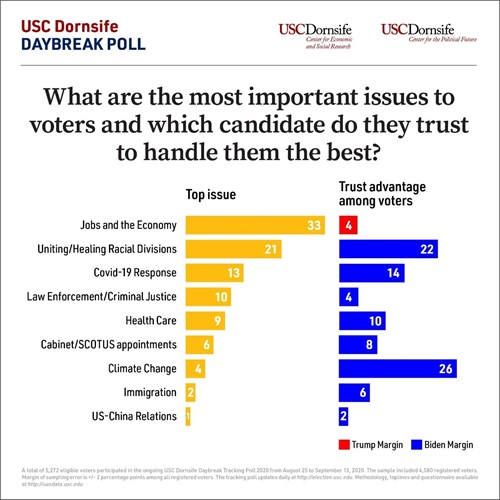 Without being too unkind, I think it’s ok to say here that, over this side of the pond, we are most interested in the ‘Jobs and the Economy’ part of the plan. After all, we’d rather be as forewarned and forearmed as possible if there is any clear and present danger of the US sneezing over the world’s economy and causing it to catch a cold thanks to a change of president. A pity then, that the newly elected POTUS has routinely trailed his vanquished foe in the public’s belief that he knows what he is doing on this, the biggest of issues.

Does it really matter though? Without getting tied up in the (far too complicated for me) process of President, Congress, Representatives and Senate, can one man really change the fortunes of the country and therefore (a reasonable, but much reduced of late, percentage of) global GDP? If so, will Biden do so for better or for worse? What might happen to our hard-earned investments?

The financial press was quick to opine that, “markets hate uncertainty” as the election result remained unknown late last week but, as it happens, most indices just got on with getting on and seemingly took little interest in the drama. Perhaps others agree that, just now, the colour of the tie of the President of the United States is not quite as important as, say, a global pandemic and its associated threat to economic activity. Perhaps, as Jim Cramer noted on CNBC on Friday as the result looked clearer, it was a result of Mr Trump actually being the uncertainty:

"We have been dealing for the last four years with a tweet that can destroy the market ... there is a level of belief that we're going to be out of the woods of uncertainty," Cramer said.

To be honest, I am not sure that anyone can immediately fathom a way of taking the US economy back to growth and a budget surplus, but I was interested to find that Biden definitely offers something new that has been missing during the Trump era: some form of proposal to change the “money coming in” part of equation to try and redress the simply astonishing annual overspend (estimated, for the fiscal year 2020 to exceed USD3trillion* … that’s USD3,000,000,000,000 … in one year!)

There, not so tricky to understand big government fiscal policy after all, is it? Biden won the election despite being brave, stupid or just honest enough to mention the “tax” word. Maybe he said it quietly enough that nobody heard him. Maybe the fact that US political processes are convoluted enough to indefinitely delay, or prevent, his plans from becoming reality, making them not worth worrying about. Maybe those that will be most affected by the proposed changes, Americans earning over USD400,000 a year, didn’t have enough votes to cast.

But he does have a tax plan and the chart below shows the difference between current taxes and Biden’s proposed tax rates. What would the proposed tax increases actually cost taxpayers? An estimated USD2.4 trillion** in new taxes over the next 10 years! 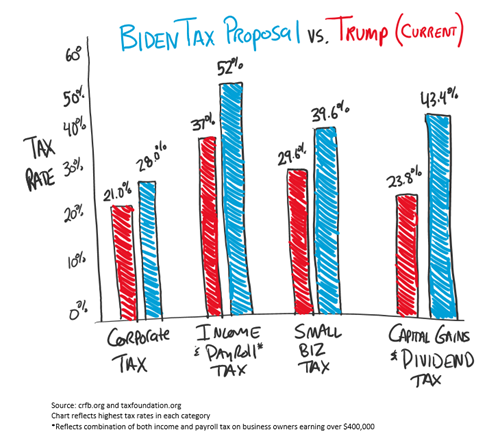 Markets could have, but didn’t, worry that the proposals (along with vague threats to break up, and tax, massive US tech firms) would slow or supress economic growth. Perhaps investors have one eye on Biden’s promised stimulus plans that should more than compensate for his tax plans. The difficulty in trying to balance the books is as hard at government level as it is for us mere mortals. Who’d want the job of having the most important job in the world, eh?

For now, low interest rates, towering deficits and debt, a pandemic that is really at home in his not-so-united states and lower economic forecasts with resultant weakening dollar are all staring Biden squarely in the face as he plans to move into the White House. Small wonder that precious metals popped back onto many investors’ radars last week, with gold up nearly 4% during the week and the silver lining the economic clouds enjoying more than an 8% rise***.