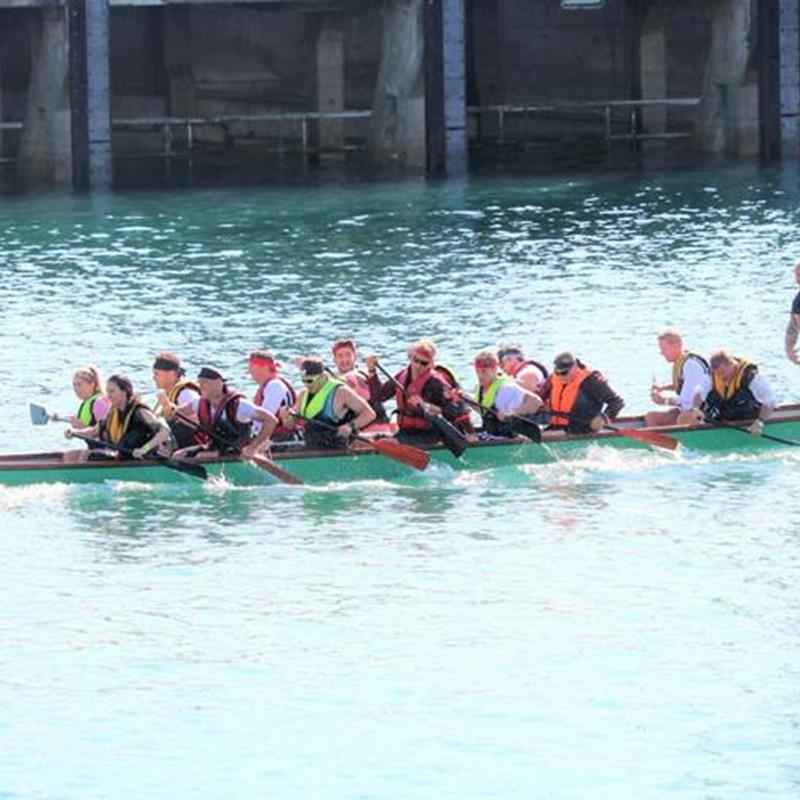 For once our morning call has not been dominated by China Trade Wars or politicians making a mess of Brexit, instead the team have been regaling the highlights of the Ravenscroft Reprobates’ unexpected and momentous victory in the 2019 Jersey Dragonboat Festival. This was achieved from a field of 52 boats and with a record time of just under 1 minute and 8 seconds. The event is run for the benefit of Jersey Hospice and 2019’s event raised over £50,000 for this vital charity. 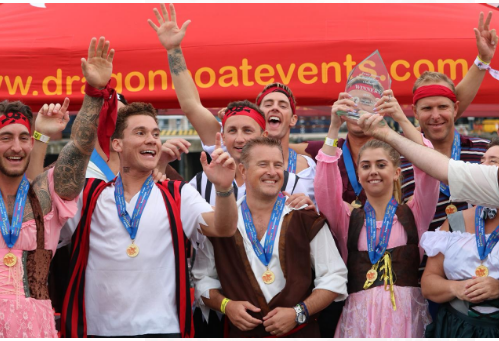 Whilst the Jersey event has only been running for 21 years, dragon boat racing has been taking place in Southern China for over 2,500 years and is an important part of ancient Chinese culture and a key event in the Chinese agricultural calendar, with races planned to celebrate the summer rice planting.

The dragon is the only mythical creature in the Chinese Zodiac and therefore attains special significance.

Dragon boat racing isn’t the first Chinese tradition to be successfully exported to the West and certainly won’t be the last. Indeed it is the Chinese Agriculture officials who are putting the latest spanner in China / US trade talks this weekend by cancelling a planned visit to US farm states. The tough talking continues between both sides and the Chinese Government and public have been outraged by American calls for restraint in responding to pro-democracy protests in Hong Kong. Nothing angers the Chinese more than foreign intervention in their internal affairs and Hong Kong’s transition from the world’s most capitalist country (a legacy of it being an outpost for British free-trade) to Beijing’s command-based economy was never going to be smooth. Nonetheless our central expectation remains that trade deals will be done, probably before the end of the year, so Trump can focus his attention on re-election as US President in 2020 and allow the global economy sufficient time to recover.

Meanwhile the UK has reacted angrily to the prospect of the venerable London Stock Exchange falling into Chinese hands (HKEX being majority owned by the Chinese government). Despite Brexit driven currency and share price weakness, London remains the financial capital of the world in many areas, not least in the LSE’s majority owned London Clearing House (LCH), collectively the world’s largest clearing house for many key financial markets as bonds, CDS, commodities, derivatives, FX and interest rate swaps. The Hong Kong Exchange has this week hired no fewer than three city brokers, Credit Suisse, UBS and surprise, surprise HSBC, to woo LSE investors and charm them into accepting a bid which LSE management have called “fundamentally flawed”. The LSE has political and strategic importance and should it fall into Chinese hands, it is further evidence of the balance of global power shifting from West to East. Trump may well win a few battles but is unlikely to win the war. Meanwhile other LSE-listed UK companies continue to show their colours including our beloved pubs. The UK’s largest brewer and pub landlord Greene King recently turned red after receiving a £2.7bn cheque from the King of Hong Kong Li Ka Shing. The red tide is rising.

Finally it is always sad to see the demise of any business, and the pain and loss this causes customers, landlords, suppliers, staff and stakeholders. It especially hurts when it is a household name such as Thomas Cook, which has provided fond memories for millions, been a feature on most high streets and traded successfully for almost 200 years. The overly-indebted company had already flirted with bankruptcy a few years ago and sadly management have been unable to chart a course to calmer waters. Wherever there is a loser, there is a winner and we hope that investors who have been lucky enough to buy Easyjet at less than the value of the 300 or so planes they own (leasing aircraft is extremely expensive) will be some of the clearest beneficiaries. As the poor old Thomas Cook name disappears beneath the waves, expect its competitors such as TUi, Jet2 owner Dart Group and Ryanair to be quietly celebrating.

Balance sheet strength will always be a key investment consideration and investors should focus on the fundamental value of the companies they invest in and do their best to not be swayed by sensationalist financial commentary, volatile share prices and persistent political uncertainty.

This week’s update comes from our advisory investment team in Guernsey.

This week’s update comes from our investment team in Jersey.