In his sixth article from the US, David Chan provides his viewpoint on the post-election US political environment. David is a former colleague at Ravenscroft and an old friend of the business. He now lives in Texas with his wife.

Yes, I'm stuck in the middle with you,
And I'm wondering what it is I should do
Stealer’s Wheel, 1972

I lack the discipline to be a proper student of American politics. The subject is both too large and too diverse for me to be bothered to get into the intimate detail of, say, health policy. Heck, I hardly understand my – actually, my wife’s – health insurance and it’s different in every state anyway. Every visit to the doctor or dentist is a voyage of discovery as to how the incredibly arcane system works. So, my election views must obviously be taken as informed-but-incomplete. If only the pollsters and pundits had the humility to recognise the same.

Because they got it wrong again…

This election has been decided by something akin to the population of Guernsey*. Think about that, 70-odd thousand swing voters in a voting-age population of nearly 240 million. Yes, Biden’s popular majority is of the order of five million more than Trump’s (77 to 72-ish million), but this can almost all be accounted for in California where, as the old saying goes, they don’t count the votes so much as weigh them. In the battleground states of Wisconsin, Michigan and Pennsylvania we’re talking swing voter numbers of less than 20,000. Moreover, the third-party Libertarian vote exceeded the winning margin in all these states – an almost exact reversal of what happened to Hillary Clinton in 2016 with the Greens.
*Guernsey, in the Channel Islands, is where Ravenscroft opened its first office.

None of this is to say that Libertarians or Greens would have voted for the two main parties if denied a candidate. Many would simply not have voted at all – along with the 80-odd million who also didn’t! However, as people who were at least motivated to do so, they were up for grabs.

In the end, I would say that the media failed to draw a distinction between Trump and his policies. Even if they find Orange Man Bad very difficult to stomach – and, let’s face it, he is – people actually quite like many of the tax, energy, trade and security policies. This can be seen from the rude shock Democrats got in the House, where the Blue Wave didn’t materialise, along with the Senate looking as if it will stay majority Republican (Georgia has a run-off to come). 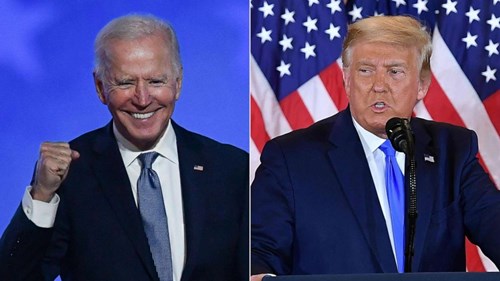 Already, Democrats are arguing among themselves as to the reasons for their failure to realise the pundit-predicted “repudiation” that would have given them a “mandate” to revert everything to the Obama presidency. Rather similarly to the UK, the left’s argument is that the party was not radical enough. I don’t buy it. As Lionel Shriver argues cogently in The Spectator US, the American public is surprisingly (c)onservative.

Broadly, shy Trump-voters ended up being college-educated, suburban whites, nervous of their friends’ disapprobation but more afraid for their jobs and the outcome of defunding the police. And in a shock to identity politics fanatics who think minorities should only ever vote en bloc for the Democrats, large numbers of Hispanics (another contentious identarian cover-all), many of whom have first-hand experience of socialism and don’t like it, gave Florida (and Texas) to Trump. Just imagine what would have happened if some of the "Republican never-Trumpers" and so-called "Reagan Democrats" had overcome their extreme distaste for Don and voted Red? To say nothing of what might have been if Pfizer had announced before the election. It was truly that close.

Shriver’s insight can perhaps best be illustrated by California’s referendum rejection of bringing back race-based affirmative action, expanding rent controls and classifying gig workers (think Uber drivers) as employees rather than independent contractors. Its citizens may have voted in overwhelming numbers for Joe, but even they couldn’t bring themselves to back ever-increasing government-mandated intrusion into institutions, home and the workplace.

One popular argument is that US governance only really works well when there is legislative and/or executive gridlock demanding of political compromise, i.e. that it’s a feature not a bug. Many maintain – with this election as exemplar – that the public prefers it this way and votes down-ballot accordingly. While there is wisdom in crowds, I’m not sure that the electorate is that shrewd, though it is odd how often it happens.

American politics has always been adversarial; sometimes very violently so. Yet this has not stopped the country from becoming the world’s most successful (and widely emulated) state. Will government now be any more polarised than in the past? I have my doubts. Let’s not forget, the battle to win the mid-terms starts now. If history is any guide, any political missteps between now and 8 November 2022 will be hammered at the post-Covid ballot box. That is how Obama, who entered the White House in 2009 with an “elections-have-consequences” super-majority, lost record numbers of governorships, state legislatures, congressional seats and senate seats during his eight years in office. 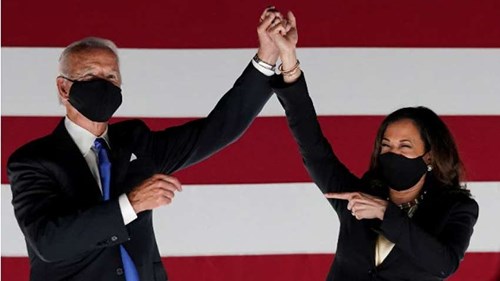 On the other hand, 77-year-old Biden has blown with the wind for his entire 47-year career thus far in the Senate and White House, so it would be truly surprising if he changes his approach now. More interestingly, and for the first time in US history, we now have the strong possibility of a President Kamala Harris in 2024. If she is to win, her campaign would certainly benefit from having time at the helm (as incumbent for, say, 12 months), rather than being simply seen as the power behind the throne.

What, I wonder, are those odds?

David Chan is former RAF fighter pilot and was awarded an OBE in 2006 for his leadership of Eurofighter Typhoon entry-into-service operations. He now lives in Texas with his wife.