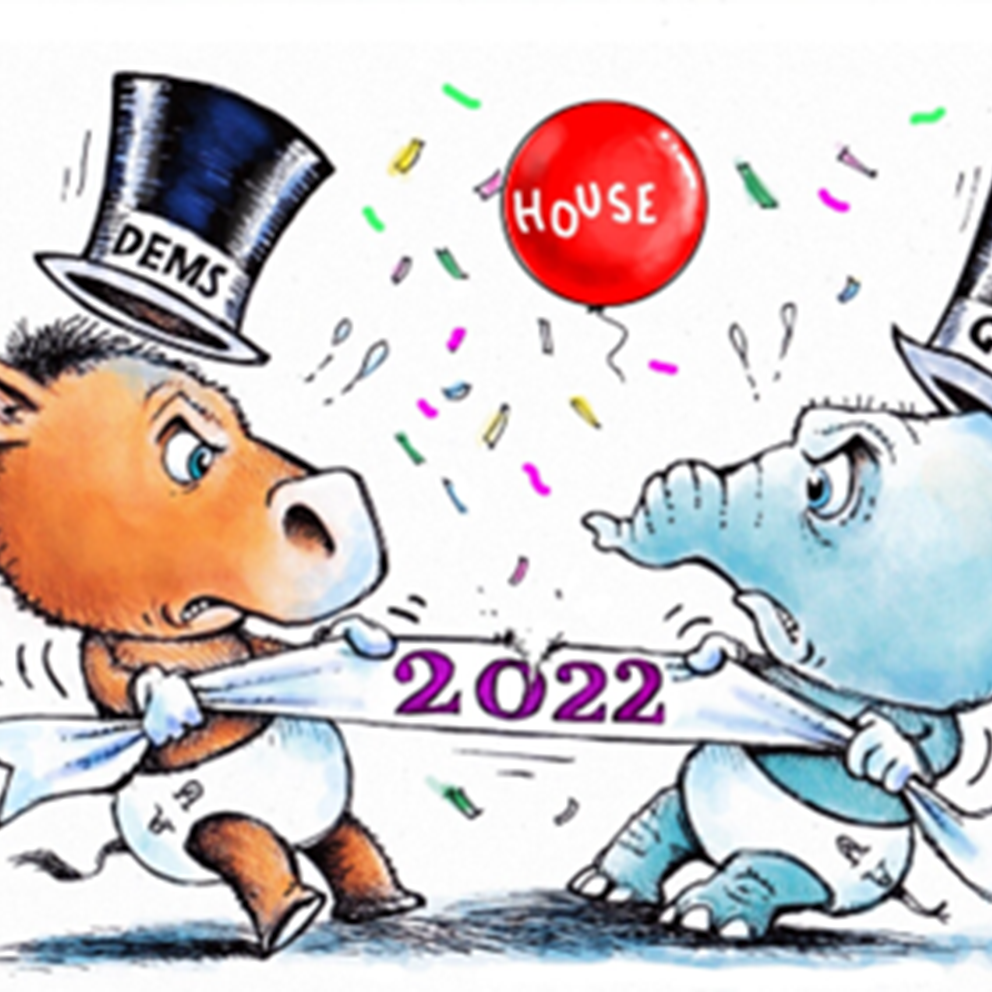 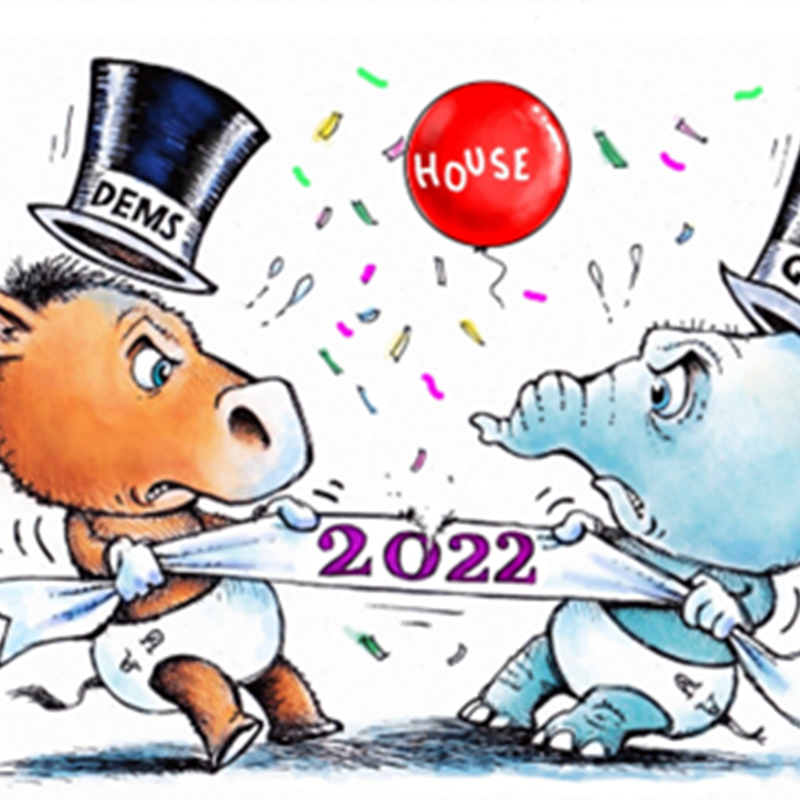 Weekly update - An elephant and a donkey walk into a bar…

This week’s update is written by Lee Branston, in the Isle of Man.

Let’s begin with the old adage – “it’s a game of two halves”. No, not football but the Presidency of the United States. Joe Biden has so far had a relatively breezy first two years in office, with the backing of the House of Representatives and the United State Senate; albeit the Senate is a 50/50 split but Biden’s Vice President Harris acts as tiebreaker in any deadlock. Securing the federal government trifecta in 2021 gave the Democrats near freedom in passing bills that may have been blocked in a more fragmented government; the CHIPS Act, the Inflation Reduction Act, the cancelation of student loan debt and vast amounts of aid to Ukraine, to name a few.

However, and if result projections are to be believed, this will all change on 8th November as the American public head to booths for the midterm elections. Across the two branches of congress a total of 470 out of 535 seats are being contested – all 435 of the House and 35 of 100 in the Senate. Early modelling suggests that the Republicans will regain the House with the Democrats retaining the Senate. Following the Supreme Court’s decision to overturn Roe v Wade it looked as if the Democrats may hold on to the House, but the Republicans have taken back the advantage they previously held1. Whilst most states are fairly predictable in their blue or red voting habits, it will come down to a few key areas that are going to swing the results either way; districts in Colorado, North Carolina, Ohio, and Texas being key in the House elections are the ones to keep a keen eye on1. 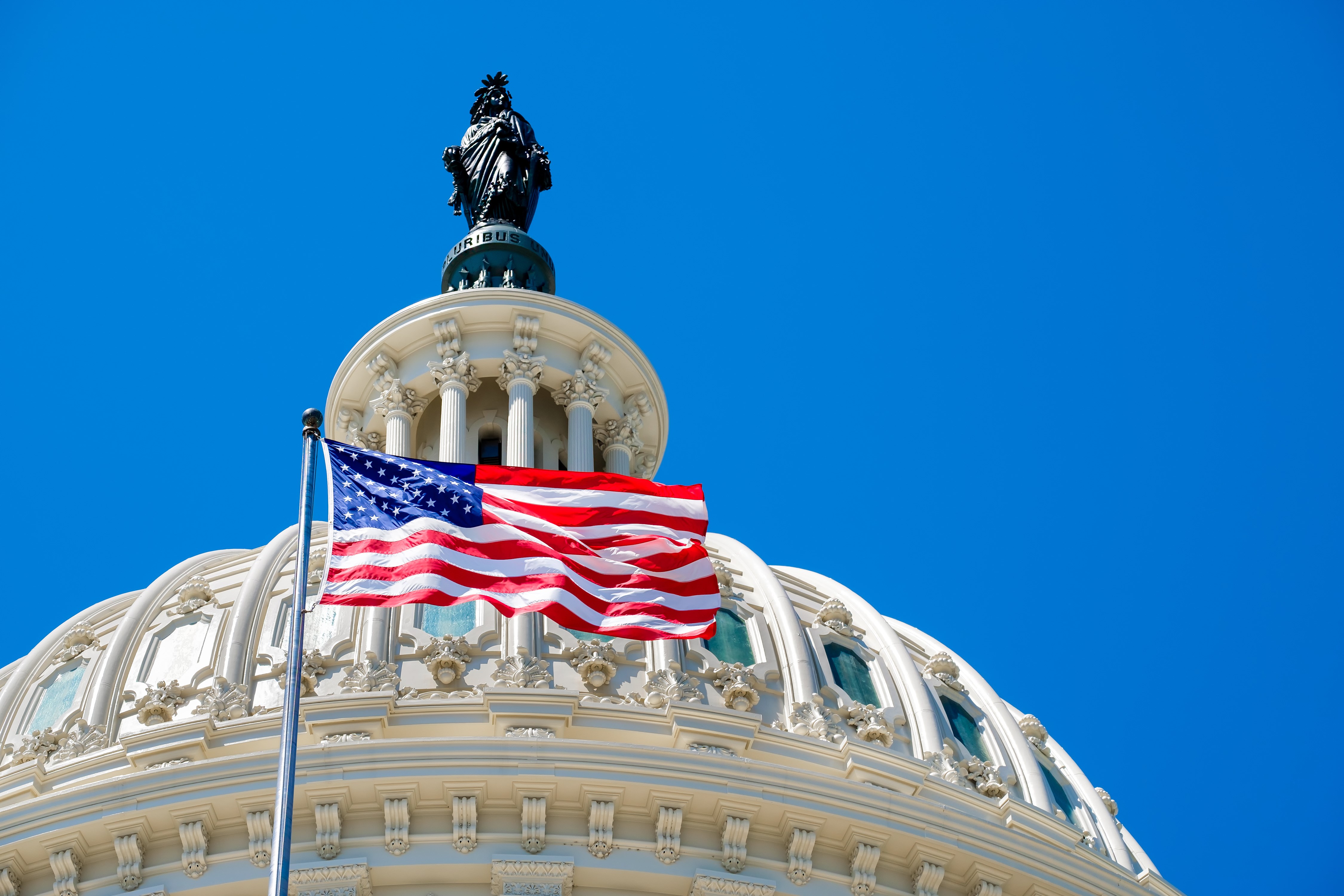 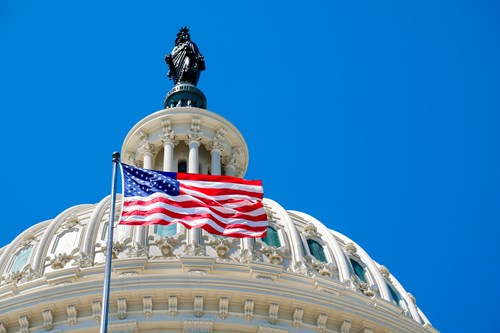 Although Biden isn’t on the ballot, the results are generally reflective of how the nation feels he has performed in his first two years. A loss of the House along with a current approval rating of ~39%2, and things aren’t looking too hopeful the remainder of this term. We may also see who is in contention for POTUS 2024 – Biden seems the likely Democratic candidate whilst the Republicans may go with Ron DeSantis, Greg Abbott or even Donald Trump. DeSantis and Abbott are both standing in the state Governor elections for Florida and Texas respectively, which are held concurrently with the ‘big’ midterms.

What will a split Congress mean for the future?

In short: gridlock. The Republicans could start to actively block Biden’s planned bills, most notably ones relating to climate change, healthcare, foreign aid and the most contentious in recent memory – tighter gun controls. The Republicans will also be able start or end inquiries by controlling the House Select Committee, the most notable ongoing inquiry being the investigation in the ‘January 6th Attack on the United States Capitol’. However, this is likely to be concluded before the new House members take up office.

The problems that the US economy is facing will remain, regardless of the outcome of the elections. The markets have experienced a volatile year, with the S&P 500 down ~20% and the tech heavy NASDAQ 100 down ~30%.  Inflation peaked earlier in the summer but remains high at 8.2%. US 30-year mortgage rates are at a 20 year high of 7% and the Fed rate is set to increase further still with terminal rates expected in the first quarter of 2023 – all very much data dependent of course.

Will there be a recession in the US?

The standard definition would say there already is – two consecutive quarters of negative GDP growth, Q1 was negative 1.6% whilst Q2 had a preliminary fall of 0.6%3. The National Bureau of Economic Research, however, measures a US recession as “a significant decline in economic activity spread across the market, lasting more than a few months, normally visible in real GDP, real income, employment, industrial production, and wholesale-retail sales”. We will know the real picture over the coming weeks as Q2 data is finalised and Q3 data starts to be reported. The next question will then be for how long… 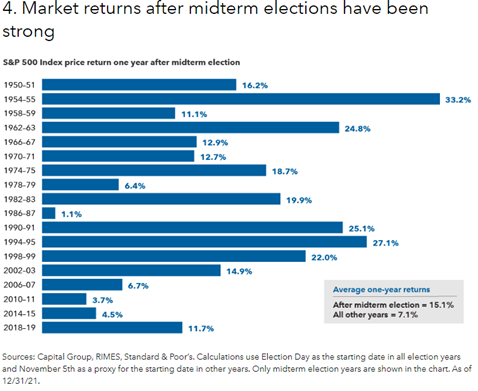 As you can see from the chart above, in the 12 months following midterm elections markets have returned on average more than double than in non-election years – 15.1% vs 7.1%.

On Wednesday the Federal Reserve raised interest rates 0.75%, whilst signalling that a pivot on policy won’t come anytime soon – comments not favoured by the markets. In GBP terms the S&P 500 finished up 1.18% and the NASDAQ 100 fell 0.98%.

Thursday saw the BOE deliver a hike of 0.75%, the largest move since 1989, to fix the main rate at 3%. The Bank now believes the UK economy has entered a challenging downturn and expects it to last throughout 2023 and early into the following year. Despite this, the markets had a positive week; the FTSE 100 rallying 3.69% and the FTSE 250 up 1.47%. 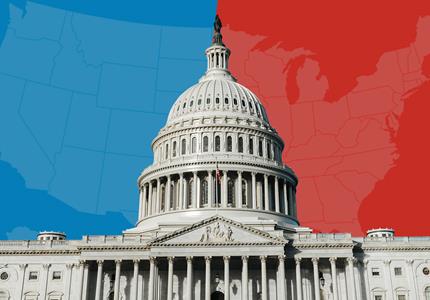 Weekly update – Election Day, the US midterms and what it means for investors 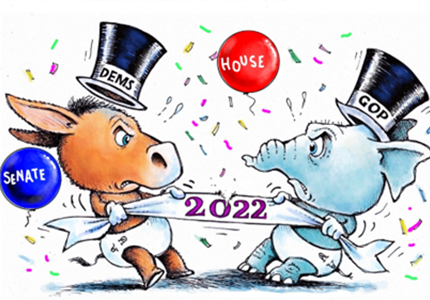 Weekly update - An elephant and a donkey walk into a bar…