I turn on the tube and what do I see,
A whole lotta people cryin' "don't blame me."
They point their crooked little fingers at everybody else,
Spend all their time feelin' sorry for themselves.
Get Over It, The Eagles (1994) 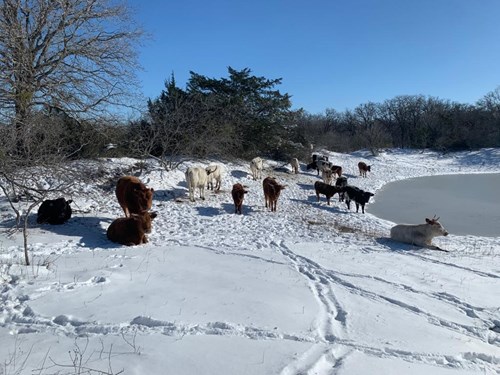 Well, as my mum would have said, that were a might parky! We had to break out the long-johns and stay indoors for a whole week. Actually, we did have to tend to the animals (one of the donkeys suffered, but the cattle and sheep were fine) so we spent a bit of time outside. But the change from 17 above to 17 below (centigrade) over a couple of days was quite bracing and not everyone coped – as you may well have heard. All did not endure equally, though: our local power never missed a beat and the water only went off in the daytime. Good job the temperature is now back to a balmy 25.

Now, of course, comes the inquest and the political backlash. The problem is how one approaches the management of a 1-in-a-100-year calamity. It’s not as if it wasn’t forecast. We knew what the overnight temperatures were going to be for at least a week prior to the Big Freeze. It is more that it’s very difficult for people to comprehend potential consequences when events are totally outside their experience. (I’ve been here on and off for 15 years and in that time the only snow I’ve seen lasted for half an evening and was gone the next morning; it still caused complete chaos.) When you couple that with the fact that many Texas’ utilities had opted to carry out ‘table-top, Covid-safe’ winter preparations instead of physical inspections (notwithstanding that some plants that were offline anyway for scheduled maintenance because Texas normally has its peak electricity demand in the summer), it was pre-destined to end in tears.

None of that excuses the paucity of leadership and imagination. How about the insightful crisis management that saw the load shedding of power to natural gas suppliers in favour of ‘priority’ consumers only to realise there was now no longer any means of generating said electricity? Who needs an exercise to brainstorm that? During a moment in world history where everything is dominated by essential workers and continuity of just-in-time supply (where would we have been this time last year without supermarket workers and truck drivers?), those in authority seemed to have overlooked the one thing without which literally nothing in modern life functions – even, apparently, your iPhone. 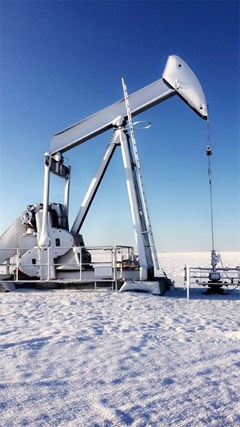 There have been lots of arguments about wind turbines and solar panels freezing (our own installation, which usually makes us a net-zero consumer, lost 90 per cent production for the week), but then so did gas pipelines and storage sites. Rather like recent German experience, though, there is a growing understanding that renewables can’t yet meet the rapid-response requirement in any economically viable way. Texas won’t need (like the Germans) to revert to coal-fired generators since it is awash in natural gas, but it will need to consider a better balance of capabilities in light of the recent debacle. A few more Tesla Powerwalls won’t cut it.

Meanwhile, new, improved, Camelot-plus has settled into its reoccupation of the White House and Orange Man Bad has (almost) gone quiet. As I have previously intimated, there is only a relatively small window for Biden to buttress his election gains before the 2022 mid-terms, so time is of the policy essence. Judging by his public utterances, Joe is feeling every one of his 78 years. He has, however, been very active with his pen, sweeping away most of his predecessor’s executive orders with his own presidential fiats. How much difference this will make to the ordinary American remains to be seen, especially when some of his party have seen fit to declare that “we don’t want low-paying businesses.” Will they still be saying that when these outfits either close or put (more) people out of work? All the investigative media can manage at this point is patent relief at having ‘their’ side back in the saddle.

Finally, I send my commiserations to all of you still (or back) under lockdown of one form or another and have my frostbitten fingers crossed for your ever-faster post-jab normalisation. Texas has never been locked down, so we have nothing to moan about. Some bars were temporarily shut for a week or so over Hallowe’en but then reopened by simply declaring themselves restaurants (which were never closed, only reduced in capacity). Of course, I doubt anyone is on the fence here: you will consider that either outrageous or as it should be. All I know is which regime I prefer.

David is a former colleague at Ravenscroft and an old friend of the business. He now lives in Texas with his wife.