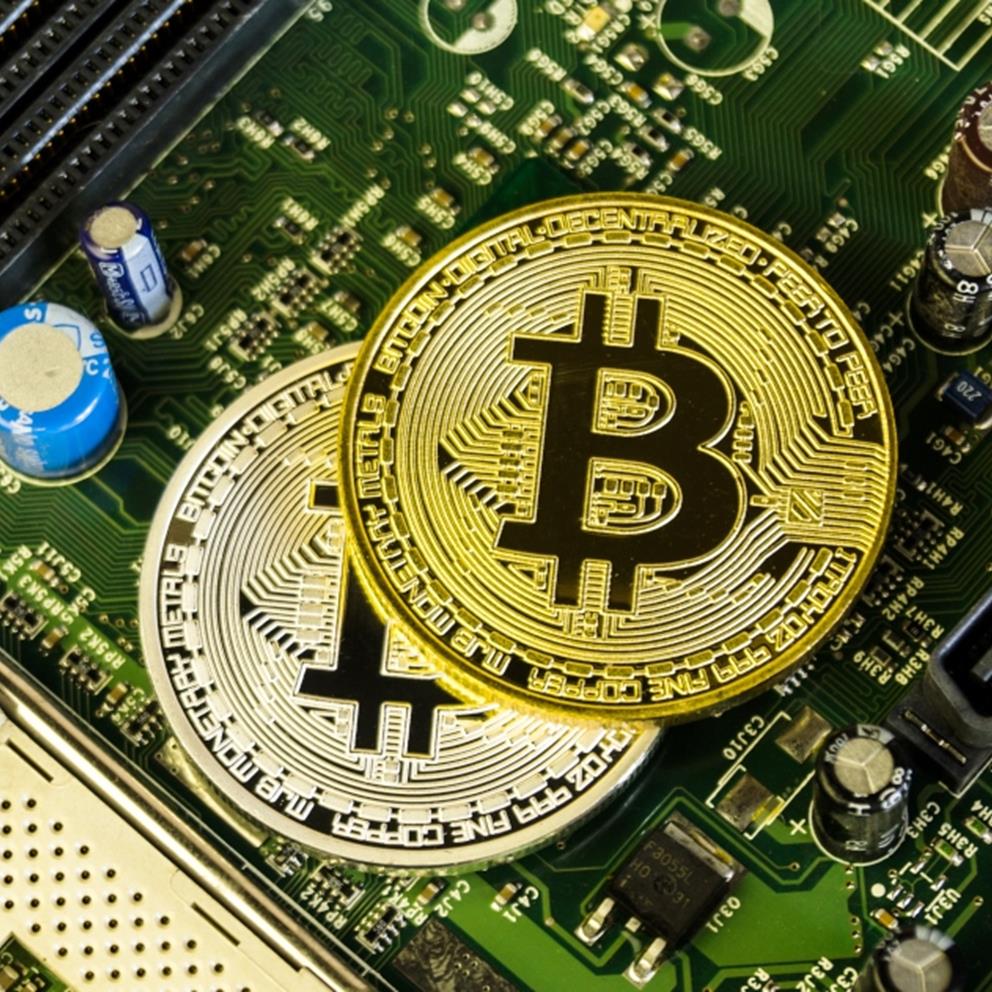 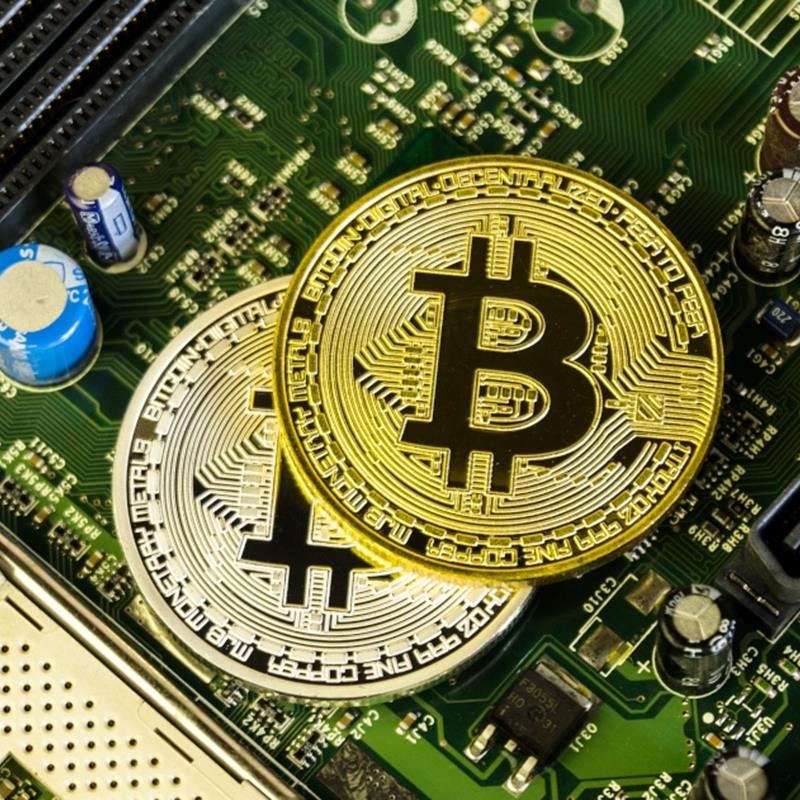 Weekly update - Guess who's back? Crypto's back...

This week's update is from David Bushe, director of Ravenscroft in the Isle of Man.

Last week’s media has been abuzz with Bitcoin and its rise above US$50,000 per coin, fuelled by high profile interest, namely Elon Musk’s $1.5 billion purchase by Tesla – we will be interested how the asset will affect the company’s valuation and performance going forward. According to PWC, a cryptocurrency has no inherent value as its value is based purely on supply and demand. Anyway these are the times we appear to be living in where digital speculation is driving elements of the market and raising the dreaded word ‘bubble’ by some commentators. 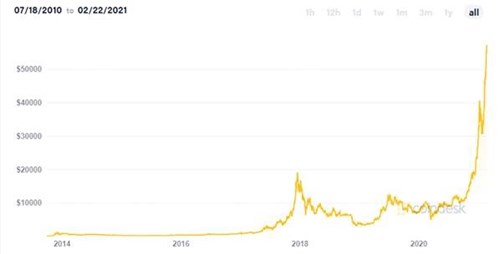 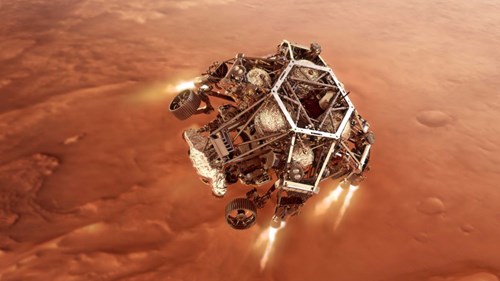 To put Bitcoin and crypto currency moves in some context (of sorts), NASA’s Perseverance rover successfully landed on Mars. In a very short period, we have received high definition video and audio from a planet 300 million miles away! Completing its journey in a relatively short seven months and averaging a speed of 24,600m per hour, it took just seven minutes for the rover to enter Red Planet’s atmosphere and touch down. To parallel this with Bitcoin’s journey from $0.0008 to over $58,000 in 11 years, let us just hope that rapid deceleration experienced in seven minutes by Perseverance does not come to those investors in the crypto world!

Back here on planet earth, last week also saw Mr Musk reach out to the Russian Premier to have a chat – that could be interesting considering Elon’s tech and space activities, combined with the potential natural resources and ‘lagging’ Russian economy. We’ll be watching that space (sorry for the pun!). 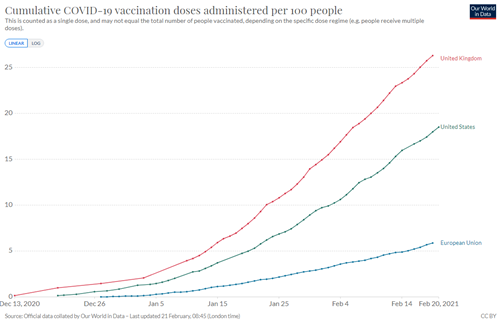 Over 202 million doses of the Covid-19 vaccines have now been delivered across 88 countries. That equates to circa 6.35million doses a day. Closer to home, the UK has surpassed 16.5m vaccinations and here on the Isle of Man, the number is now circa 12,000 first and 3,000 second doses. These figures are of huge relevance to markets as the sooner we get to between 60% to 70% of the population, either vaccinated or exposed, we then should reach herd immunity. For some sectors, this will be akin to taking the handbrake off an 18 wheel artic lorry facing downhill on a very steep road! The industries that have been seriously impacted, including hospitality, leisure and health, will experience strong demand as we see behaviours start to normalise and there will be ‘revenge spending’ across luxury brands as people can, and will be out to, spend. 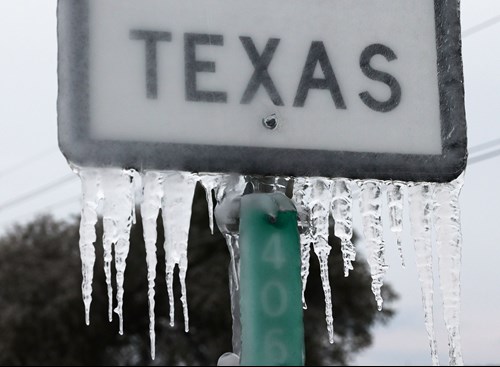 Across the Atlantic, Texas, the home of black gold (oil), was firmly in the news following power outages across the state in some of the coldest snowy conditions experienced in living memory with 13 million Texans also not having access to clean running water. Yet, over the last year we have seen oil benchmark West Texas Intermediate rise from $13 - $59 and Brent from $20.37 to $62.91 (Source - https://www.macrotrends.net/2480/brent-crude-oil-prices-10-year-daily-chart). Both will no doubt have a knock on effect to global inflation.

It was a short week for the US Market which was closed on Monday for Presidents’ Day. Apart from the Dow Jones, all US bourses ended the week in the red as interest rate and inflation fears took hold. The US 10 year increased to 1.324% while the US$ weakened to 1.4 compared to the British pound. Europe and the UK fared slightly better with the Euro Stoxx 50 up 0.41%, France +1.11% and the UK FTSE +1.11% however Germany declined 0.32%, Italy 1.22% and Switzerland 1.20%. The strongest regions for strength over the week were Japan +1.69% as it passed the 30,000 level not seen for nearly 30 years, Hong Kong +2.02% and China, after being closed for a week-long Lunar New Year Holiday, with a stellar 5.39%. (Source – Bloomberg)

On a government fixed income front, most 10 year issues are now in positive territory with only France and Germany slightly in negative territory with -0.069% and -0.319%. The moves have not been massive as a number, however relatively they have been noted - a small change in price can result in a large change in yield with potentially many clients in negative real returns while holding quality sovereign paper. Within our bond exposure, we remain concentrated on the shorter end of the curve, however have exposure to short-duration, emerging market and high yield debt where returns have been notably better.

Despite market noise from topics such as crypto, which we will leave it to others to decide whether it has started, whether it is back or whether it is just a temporary flash, there are very positive aspects to markets today that have been fuelled by tremendous fiscal support alongside accommodative monetary policy. We welcome contact and dialogue from all our clients as the world manages its way out of the Covid-19 pandemic and we do return to normality. This will create opportunities for all clients and we are here to discuss and navigate markets with you.

For those of you who read our regular pieces including Boscher’s Big Picture from our chief investment officer Kevin Boscher, you will know that Ravenscroft as a house, across all jurisdictions, is optimistic on the growth prospects for risk assets and as such does have high levels of exposure to thematic plays such as technology, healthcare, emerging markets and consumer discretionary.

As a last thought; "Know what you own, and know why you own it." — Peter Lynch