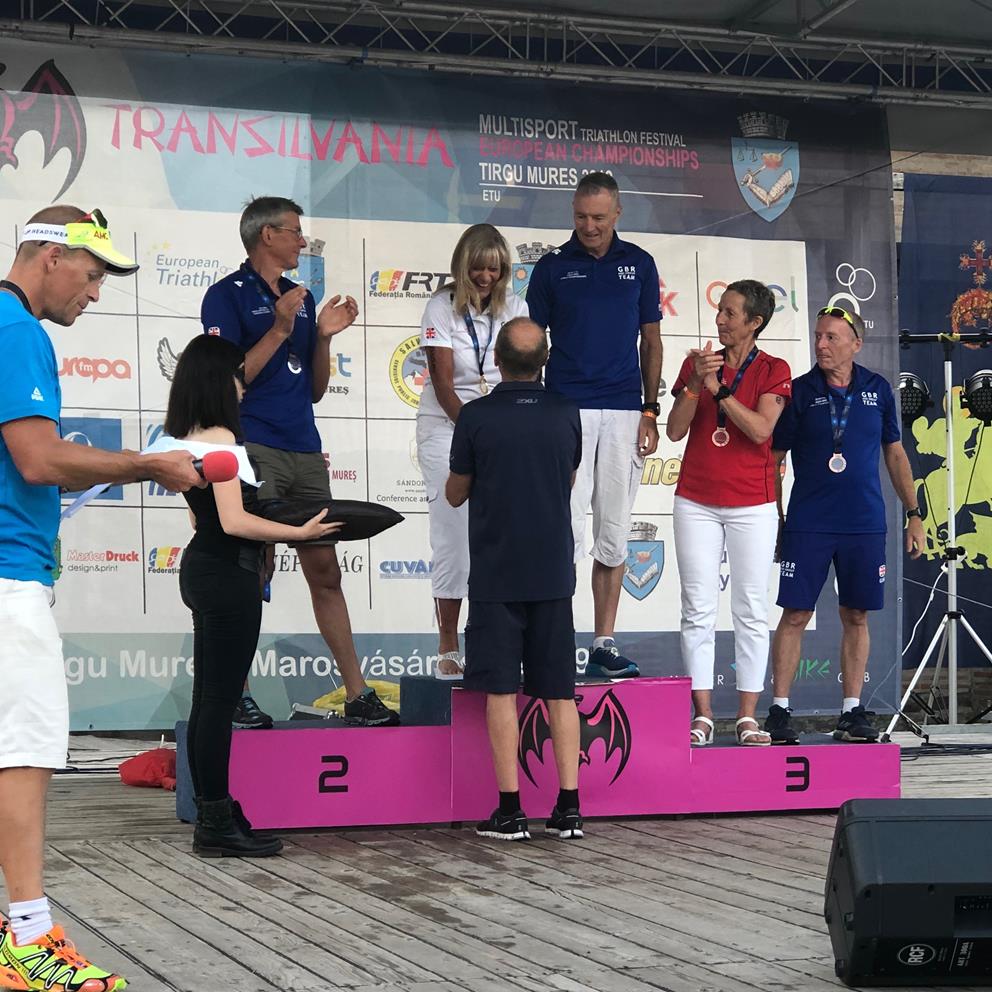 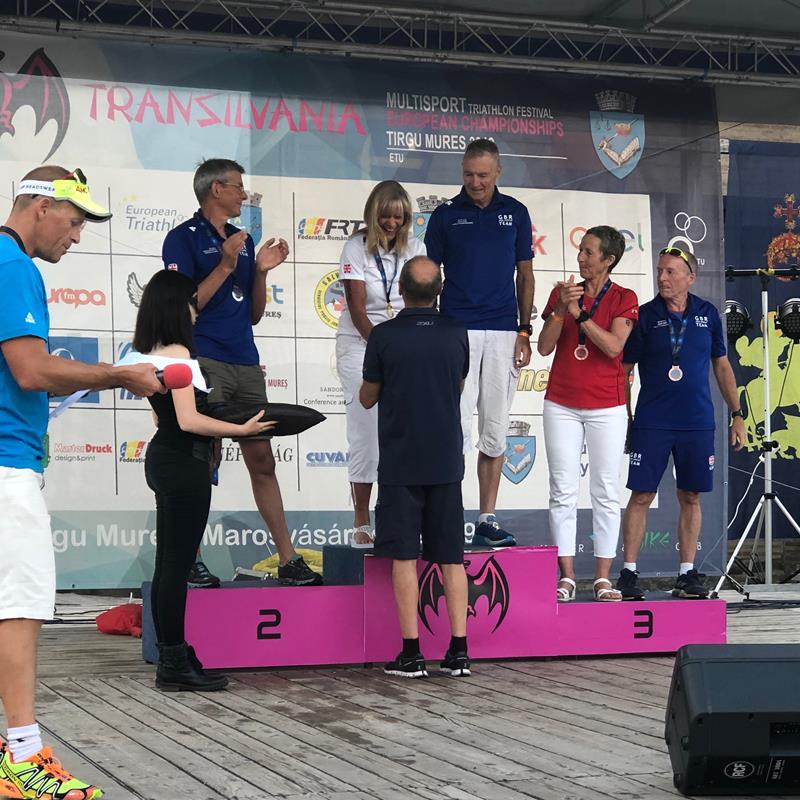 Andrea Nightingale has taken her second podium and this time she was on the top step.

The 57 year old triathlete who races in Team GB colours started the season with a dream of making a podium finish and has bettered the bronze she won at May’s World Multisport Age Group Aquabike Championships with gold in her first aquabike European Championships which took place in Romania at the weekend. She finished in 3.11.21 to take the title.

‘It's slightly surreal. Who'd have thought at my age you could be European Champion at anything,’ she said.

The race started with a 2km non-wetsuit swim in Lake Bezid.

‘The water was 23 degrees so it was very different to my wetsuit sea swim training and you sweat so much more so it's imperative you try to keep the fluids going. Times are normally slower as you haven't the wetsuit buoyancy but I had a great swim, and came out the water first in my age group in 37.16mins.’

Unfortunately Nightingale suffered a technical as she exited transition one.

‘The road surface was really uneven under the blue carpet and running over the stones my integrated bottle on the front of my bike flew off and landed in the middle of athletes trying to get to the mount line. I took the decision to leave it rather than waste time which only left me with 500mls in my second bottle on the frame. Not ideal in 28 degrees and a burning hot sun.’

Undeterred she's managed to complete the four lap undulating course, which totalled 84km in the fastest time of 2.29.40, averaging 22.5mph.

‘I loved every minute. It was really technical with dead turns, a couple of 11% spiky hills and at one time there were 800 cyclists on a 20km lap so it was fairly busy. The win was even sweeter as the woman who beat me to silver in the worlds had to settle for silver again this time as I beat her by two mins. I was very chuffed.’

Nightingale's next event is a 100km road race in the UCI World Cycling Championships in Ponzan, Poland at the end of August.

‘My thanks goes to the team at Ravenscroft for their continued support. They are able to help me show all those 50+ women out there that age is no barrier to achieve anything you want if you are willing to put in the effort. I am travelling the world, meeting and making amazing new friends and staying fit and healthy. What more could I want.’

Ravenscroft has appointed its group head of fund research to the board of its investment management business.

Successful 2019 for Ravenscroft but it prepares for impact of coronavirus

Ravenscroft has grown assets under administration by more than a billion to £7.45bn – an increase of 16% in 12 months.

Carey House has been sold by the Channel Islands Property Fund to a Guernsey-based family office.