Whilst the market fretted over the health of the FAANGs, we had little to worry about medical device manufacturer Medtronic whose regular beat of expectations on both the top and bottom line helped push its stock price higher throughout the year. Top-line growth was aided by favourable conditions in its home market – where large medical companies with broad product ranges are able to take market share – and good international progress, primarily in emerging economies. Bottom-line progress came mainly from cost cuts and margin improvements as the Company continued to benefit from its 2015 acquisition of Covidian.

Hallmarks of a quality business and sound management come in a variety of forms; but the most important, in our view, is being nimble and prescient enough to recognise and react to changing trends within your industry. One of Medtronic’s latest acquisitions was of an Israeli robotics company called Mazor.


Robotic surgery is a growing segment within Healthcare as users grow comfortable with the notion that a machine (not a human) is doing the surgery. The fact of the matter is that robotics are far more precise, efficient and predictable than humans, thereby reducing error rates and promoting recovery times.

In a procurement environment where the focus is very much on value for money and quality of patient outcomes, robotics would seem to be a ‘no-brainer’. Whilst the Mazor acquisition is unlikely to move the dial on a revenue basis in the near term, it marks an exciting move into a potentially disruptive asset that will help differentiate its spinal product portfolio from the competition, potentially lifting sales in the process. As we know from our monitoring of Stryker, another player in robotic surgery (mainly hips and knees), the adoption of robots in hospitals leads to other robotic and product portfolio sales, especially if they form an integral part of the continuum of care in a specialised area. We will monitor with interest Mazor’s progress and see whether it helps drive Medtronic’s top-line. 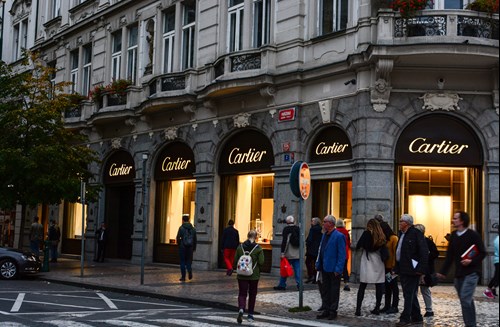 Swiss luxury goods company Richemont was one of the worst performing stocks in the portfolio and our largest detractor in terms of contribution. Over the last decade, luxury goods businesses have benefitted from growing exposure to aspirational consumers, particularly in Asia and China more specifically.


Increasing exposure to the emerging regions offer companies huge growth opportunities, but it does come with a greater sensitivity to the EM consumer and a heightened cyclicality in sales.

Despite fantastic reported numbers throughout the year, investors have started to get increasingly worried over the China/US trade war and a slowing Chinese economy – an important growth driver for the Company. Whether the stock’s price action turns out to be a harbinger of doom for China, only time will tell. What we are confident in acknowledging is the fact that stocks are quick to price-in threats, often before they actually materialise. Richemont now trades on 17.9x 1-yr forward earnings estimates. It is also worth bearing in mind that the Company is cash rich, amounting to CHF3.30 per share and placing it on a net of cash valuation of 17x – a similar valuation the Company hit when it bottomed out in June/July of 2016 after a two-year decline that had been driven by China’s crackdown on gifting and corruption which impacted the sales growth of luxury goods in the region. During that sell-off we saw hallmarks of quality in the behaviour of management. Instead of panicking and allowing retailers to offload unwanted inventory at a discount, Richemont stepped in and bought the inventory back off them.

1) it kept a good rapport with its distribution network by working with its retail partners through a period that was clearly quite difficult for them; and,
2) it protected the prestige of the brand. Management clearly believed that it was best to take a short-term hit to profitability than take a potentially longer-term blow to the appeal of its brands and ultimately their product’s desirability and pricing power.

With 2019 now upon us we look forward to the raft of quarterly announcements that will start filtering through towards the back end of January. We will no doubt touch on some of them next quarter.

Weekly update - A question of reality