As Bob “the Bond” Tannahill highlighted in his Cautious Portfolio review, income-producing assets in general have had a tough year. We were recently asked why our most defensive strategy was down the most in 2018. The answer was strikingly simple: when nearly all income-paying assets are down, and 75% of the Portfolio is invested in an asset class that is down 2.4% for the year, you should be worried if the Income Portfolios were positive.

So, what is the asset class, I hear you ask. Well, it is bonds….yes, bonds. “I thought they only ever went up,” is the usual response we get; but, alas, that is not the case!

In fact, 2018 has been the worst calendar year for global corporate bonds in the last 10 years – worse even than 2008 for some indices. Bonds have ground down over the year causing a lot of pain, but they do not tend to grab the headlines like Facebook or Google and so are easily overlooked.

What have we done with our bond allocation in the face of this challenging environment?

As you would expect, we have stuck to our process. We have built bond allocations that both provide an income stream whilst also defending capital in the broadest range of possible scenarios. We have not bet on bond yields rising or staying the same, but tried to find safety and income from a diverse set of positions from the best-managed funds that we can. Then, as usual, we have closely monitored those funds: analysing performance, portfolio allocations and holding regular calls and meetings with the managers to ensure they are sticking to their knitting and not taking undue risks with your money.

When we monitor performance, we look at funds both individually, as well as from a portfolio point of view, with the aim of answering a few key questions:

Within these questions we look at the relevant benchmarks, with the headline index for global corporate bonds being the Bloomberg Barclays Global Aggregate Credit Index (hedged into Sterling).

Have our allocations beaten the headline index?

I am pleased to say that the answer is yes; so, whilst the overall return is negative, our bond fund managers have, on average, outperformed. While the outperformance may not seem like much consolation in a negative year, those shorter-term losses will roll-out over time and, in the long run, that little bit of active management adds up to additional performance that is well worth having.

Why have bonds been painful?

All markets tend to move due to factors outside of our control, whether it is a tweet from Trump, the cloud that is Brexit (or not) coupled with trade wars, 2018 has had its fair share. What we should remember when we buy a bond – say, a 10-year government bond – is that we want to know that we are paying a fair price. The “right price” depends on what interest rates do over the next 10 years, which is where the challenge of managing bonds comes in. 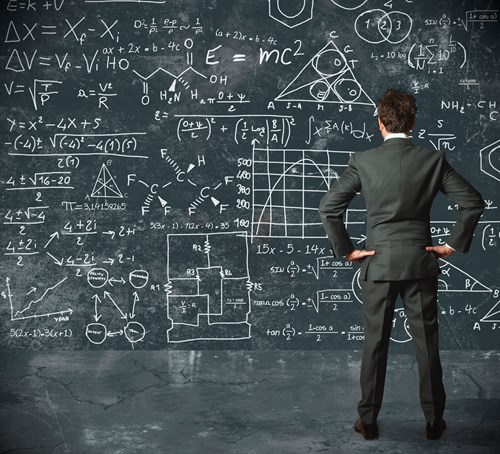 And for the bond nerds… (Don’t put them to sleep now, Bob!) What affects interest rates over the next decade is primarily inflation and economic growth, since these are the forces that will drive central banks’ decisions about short-term interest rates. On that front, we have seen the Federal Reserve gently raising US dollar interest rates since 2015 – which was proceeding relatively calmly until Donald Trump appeared on the scene in the summer of 2016. By December 2017, when he signed his Tax Cuts and Jobs Act into law, markets began to take seriously the possibility that US consumer spending and corporate profits might be boosted at the price of higher government borrowing. This is a recipe for higher bond yields and, as a result, lower prices. In fact, between the summer of 2016 and the end of September 2018, the yield on the bellwether 10-year US Treasury bond rose 1.9%, which is a huge move. For context, if we cast our minds back to the economic boom we saw leading up to the global financial crisis in 2008, the same bond only saw a rise of 2.1%. On top of that, we had a whole host of other issues such as the trade war with China – which appears to be buying less US bonds (possibly in retaliation) which may have contributed to higher bond yields.

What does this mean looking forward?

Going forward, we will continue to strive to own the best managers in the spaces we want to own and to “tweak” our positions based on valuations. As some of you may have noticed, our high-yield bond allocation has been cut over the last twelve months because it had become expensive; a change that has served us well in December. As I write this, however, high-yield bond prices have fallen to two-year lows, so we are starting to see some value again. If prices get towards the lows seen in February 2016, we may add to the asset class again.

Whilst bonds may not be deemed ‘sexy’, like high growth technology shares, they are employed to carry out the important job of maintaining stability in portfolios during uncertain times. We are pleased to be able to say that our bonds have done that job in 2018. Again, if we look at the below graph, the path which equities cut this year has been bumpy to say the least. 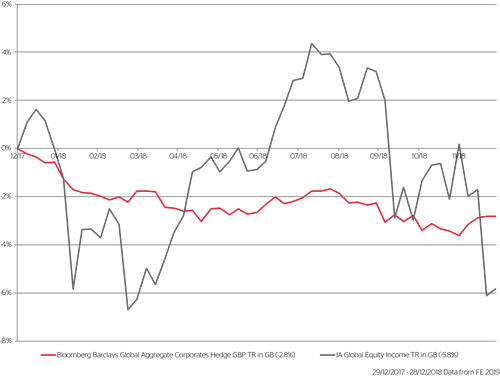 While bonds at times can look pedestrian in comparison to assets like equities, it is important to remember the old adage that assets go down as well as up.

Because if trouble eventually arises and we plan to access our money any time soon (or if we simply prefer not to see too much volatility in our portfolios), it is always good to have a few ‘boring bonds’ in the mix.

Historically, and as a general rule, investing across a range of assets results in a broad array of outcomes...

As Bob “the Bond” Tannahill highlighted in his recent Cautious Portfolio review, income-producing assets in general have had a tough year.

In this quarter’s Stocks in Focus we take a look at our best and worst performers in 2018. Who really is the Good and the Ugly?