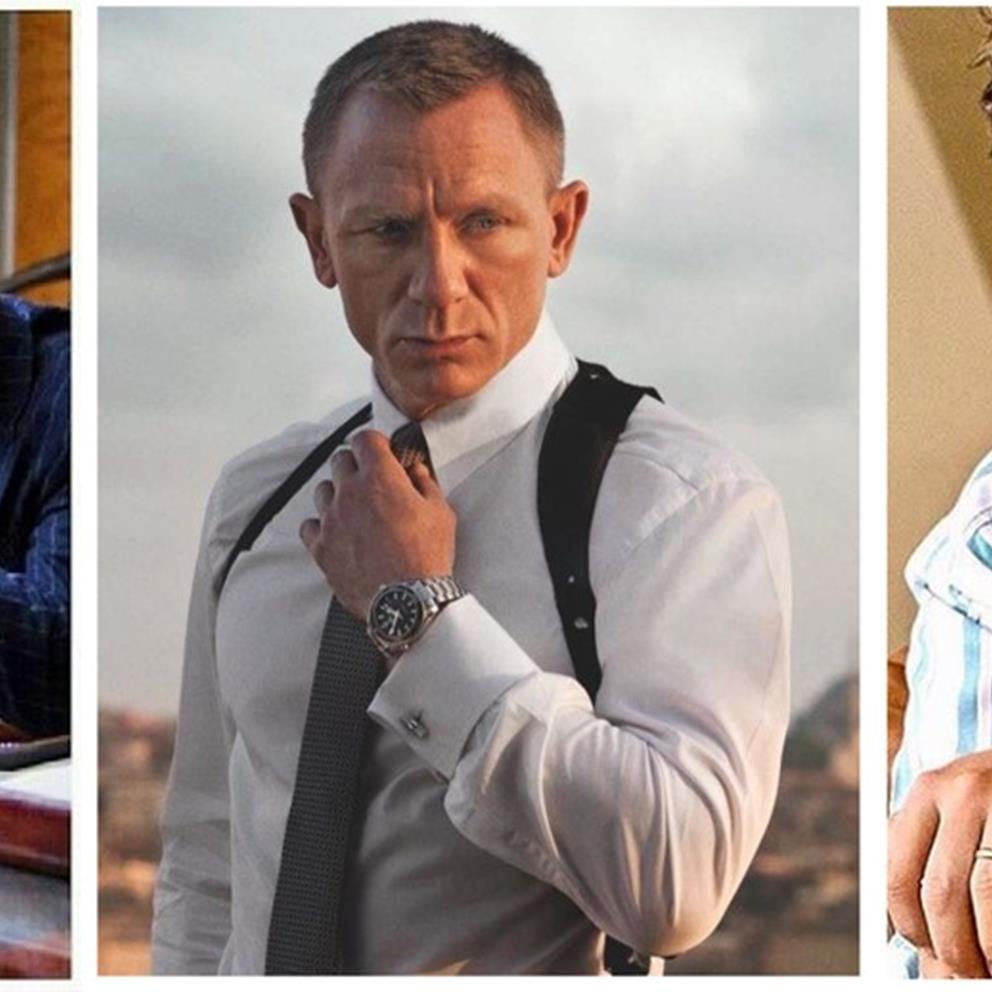 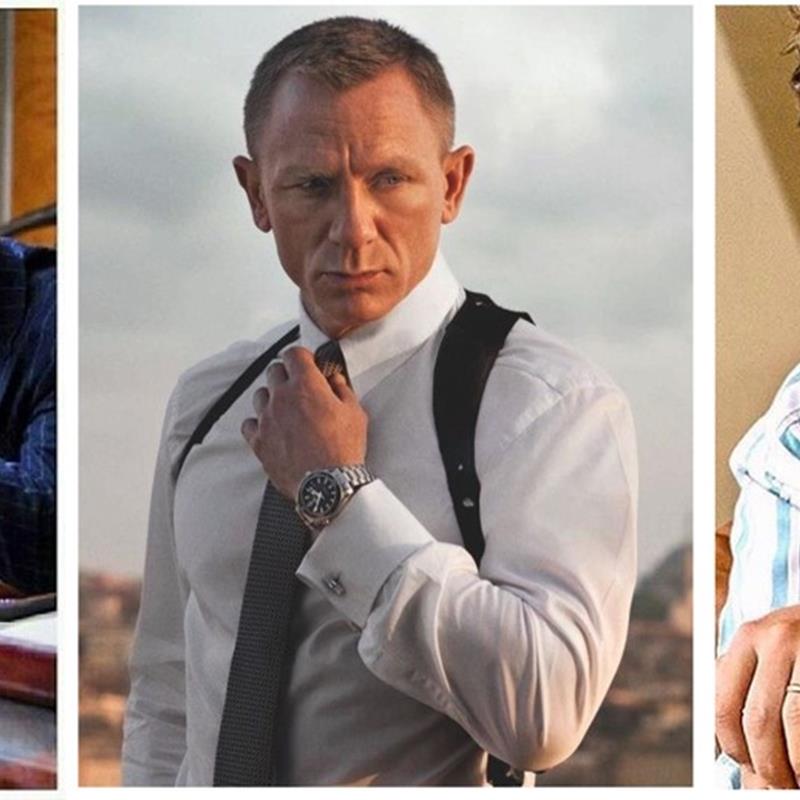 This week’s deliberately light-hearted look at living it large and lots of luxury logos is written by Robin Newbould, group head of execution & advisory, and managing director of BullionRock, Ravenscroft's precious metals business.

It is quite sad to admit that, somewhere in the attic space of my parents’ house, there is an old piece of my schoolwork, written when I was about eight years old, that answers the question, “What would you like to be when you grow up?” My answer was unequivocal: a soldier or a stockbroker. I have no idea where the ambition to become the latter came from given that my all-northern family had no investment pedigree whatsoever and my dad, through very hard work, qualified as a solicitor whilst being employed in the Sheffield steel industry since his leaving school at 15.

It is also pretty sad to admit that nearly all of my favourite books and films are based, either factually or fictionally, around the goings on of the investment world. From my first reading of Liar’s Poker by Michael Lewis (I have subsequently read all of his work, I think) I was hooked. I often wonder, as someone who works in the finance industry, if reading, say, The Big Short (or watching it ... what a cast!) makes the storylines more intense, even if I do already know the ending! Another perfect example would be the scene, that makes me feel sick to the pit of my stomach, in Rogue Trader, where Nick Leeson (played by Ewan McGregor) is sorting through his daily deal sheets, long after everyone else has gone home, tapping away at his printing calculator, before calmly retiring to the restroom, checking it is empty, and declaring to himself in the mirror:

"I, Nicholas Leeson, have just lost 50 million quid, in one day."

More bullish on-screen sentiments, that make me smile from ear to ear every time I watch them, would include Jordan Belfort (Leonardo DiCaprio) selling penny stocks over the phone in Wolf of Wall Street:

“John, one thing I can promise you, even in this market, is that I never ask my clients to judge me on my winners. I ask them to judge me on my losers because I have so few. And in the case of [this stock], based on every technical factor out there, John, we are looking at a grand slam home run.”

and, of course, Gordon Gekko (Michael Douglas) in Wall Street, opining that:

“The point is, ladies and gentleman, that greed, for lack of a better word, is good. Greed is right, greed works.”

I must now try to make the rest of this piece some sort of informative commentary, rather than just a trip down memory lane. To that end, we should have a little look at what has been going on in the markets of some of Belfort’s, Gekko’s and Bond’s favourite brands, and will even get a glimpse into a part of one of my specialist subjects, the gold market, whilst we are at it.

James Bond has worn both Rolex and, more recently/ quite flagrantly in the more modern age of product placement rights, Omega wristwatches on screen. Prices of Rolex timepieces have, for some decades, performed quite remarkably. The ‘no date’ Rolex Submariner has seen a five-fold inflation-adjusted cost-price increase since Sean Connery first wore his in Dr No. Moreover, second-hand and grey market watches have traded at a premium for some time, with 2018 looking like it will represent the year during which the most consistent and highest premiums were commanded. Headlines such as, “Prices for hottest Rolex models are falling fast says secondary market specialist”* should, however, warn potential investors that, at this point, much of the easy money may have been made.

It should also be noted that fashion is cyclical ... witness the demise of the demand for any sort of yellow gold on a Rolex in the last 10 years or so. The financial crisis in 2008 created, or coincided with at least, a startling reduction in the demand for mens’ gold watches. BullionRock’s main supplier of precious metals, Metalor in Switzerland, was the sole supplier of gold watch cases to Rolex when, in 2008, orders stopped almost overnight. The refinery was as stunned by the change in the watchmaker’s buying behaviour as it was by the massive new interest it witnessed almost immediately thereafter from banks and bullion businesses looking to buy gold in bar and coin form for financial investment! As an aside, we still deal with Metalor’s Jewellery Division to this day.

The concept of paying more for less seldom lasts long, but is abundantly clear to see in the case of steel v gold Rolex watches

What then, of the market for Bond’s cars? Well, James’s favourite fast motor-maker, Aston Martin, came to the London stock market last October at 1500p a share**, with great fanfare (but, as far as I was concerned, no reason to be blowing its trumpet). The stock has performed fairly abysmally since, having traded at, and below, 500p recently and, with some irony, or perhaps sense of vindication, rising to 630p at the end of last week thanks only to the release of the new No Time To Die Bond film trailer. The company has suffered partly as a result of global declines in demand for new cars, but also as a result of its own making:

“The [pre-IPO] investors tried to sell Aston Martin as a luxury goods business to achieve a higher multiple on the sale price," Richard Colley, associate dean at Warwick Business School, has said. "However, Aston Martin is clearly a luxury car business which occasionally lets others use their name." This difference is important, as carmakers tend to trade at less than eight times earnings, according to data compiled by Investing.com, whereas Europe’s luxury goods industry trades at over 23 times.

What about Bond’s favourite 4x4 maker, Land Rover, then? Erm, no, that company’s not had the best of it recently either. Results this year, which had the proverbial kitchen sink thrown at them, revealed a £3.6billion loss***! Without exceptional items, Jaguar Land Rover still made a pre-tax loss of £358million, with revenues down 6%, blamed on weakness in the Chinese market, which saw sales fall by 34%, offsetting gains made in the UK and North American markets, where sales were up 8.4% and 8.1% respectively. Like many of its competitors in the automotive world, the business has been affected by the impact of falling diesel sales amid successive global pollution scandals, as well as uncertainty related to Brexit.

Best to opt for Porsche, the stockbroker’s choice of daily driver, then? Well, shares have performed just as beautifully as a 911 Turbo ... up more than 29% over the last year****. In November the group reported annual profit after tax of Porsche Automobil Holding SE, Stuttgart, had increased to 3.52 billion euro in the period from 1 January to 30 September 2019, compared to 2.67 billion euro in the prior year period. This represented an increase of 32 percent. The numbers did include an investment in Volkswagen AG, which has risen from the diesel-gate dumps of 2015 and showed a 19% gain last year.

And with all that randomly said, I should like to close by reminding you of an observation by Warren Buffett that:

“Wall Street is the only place that people drive to in a Rolls Royce to take advice from those that take the subway.”

Have a great week and enjoy the rest of 2019 one and all!

FINANCIAL PROMOTION: The value of investments and the income derived from them may go down as well as up and you may not receive back all the money which you invested. Any information relating to past performance of an investment service is not a guide to future performance.

Weekly update - Fear catches up with the market...

Expansion in the UK for Ravenscroft

Ravenscroft has expanded its presence in the UK with the acquisition of the investment management portfolio from Tees.