Disney v Netflix: a year on

Attendees of Ravenscroft’s Investment Presentation in March 2018 will recall that we stressed the importance of buying excellent quality companies, at appropriate valuations, in order to avoid the frustration of holding an expensive company incapable of meeting the expectations already baked into its share price. To illustrate the point, we compared two (very different) giants in the entertainment industry; Netflix and Walt Disney.

Netflix, the disrupter, with its online streaming platform giving subscribers unlimited access to its growing book of licensed and original content in return for a fixed monthly fee versus the incumbent Walt Disney, with its vast array of blockbuster franchises, box office hits, cable network studios and programming, theme parks, cruises and merchandising.

At the time of the presentation, Netflix stock had just pushed through $300 and was trading on a forward looking, price earnings multiple of almost 100x. Disney on the other hand, which had just agreed to buy 21st Century Fox’s entertainment assets in a massive $71.3bn deal that would bring together two colossal books of content (creating arguably the undisputed king of content), was trading around $100 a share - 12x one year forward earnings estimates.

To begin with, Netflix relied exclusively on its first-mover advantage (and the technological edge this gave it) to grow is subscriber base and take market share – a strategy that has clearly proved fruitful with its current 150 million subscriber base. The company did not make its first foray into producing its own content until 2013, with the launch of the popular franchise House of Cards. We have long advocated our belief that, in the long run, access to quality (and unique) content will be a key requirement for media platforms looking to retain subscribers. As the technological advantage continues to narrow, platform superiority becomes less of a draw. At this point, it is the quality of the assets that becomes a distinguishing factor. Those platforms unable to offer customers differentiated content are unlikely to survive the turf war which is currently unfolding.

With that in mind, the difference in valuation totally baffled us. Why would a company with rising debt and deteriorating free cash flow be awarded an earnings multiple of over 100? Whilst Disney, a company with a back catalogue of original content that spans almost 100 years, is trading on a multiple that looked, by all accounts, incredibly compelling. The market was clearly not worried about the risks associated with Netflix and they were certainly not focused on the potential Disney possessed, especially as it geared up to launch its own direct to consumer streaming product, Disney+, in 2019.

To us, Disney represented greater value and presented a better risk adjusted way of accessing the direct to consumer entertainment industry than Netflix. So how has our positioning played out?

The chart below (courtesy of Bloomberg) compares the performance of both companies’ share prices since the presentation. For now, it appears as if the boom years for Netflix have come to an end and attention is turning to the sustainability of its business model as it vies to retain its dominance in an increasingly competitive marketplace. It is also clear that there are a lot of jittery investors in Netflix as evidenced by the wild ups and downs seen in the share price over the last 12 to 13 months. In contrast Disney has provided a smoother ride and, following the reveal of its DTC product over the last week or so, a better total return.

This example highlights the short sightedness of the market. Investors can be too preoccupied by next quarter’s subscriber growth rate or earnings number, or prejudice companies on what they are and not what they could be. This latter observation is exemplified by the step up in share price after Disney’s investor event on the 11th April. Disney’s management has been extremely transparent about the long-term vision for its direct-to-consumer strategy for a number of years. Very little of what was recently announced should have come as a surprise to the analytical community. However, it is only now that the platform exists (in a semi-tangible form) that the market is finally prepared to re-rate Disney – a discrepancy which investors, capable of looking out further than the next few quarters, would have been able to take advantage of.

The blinkered approach generally adopted by the market can give those investors that pursue a real understanding of the long-term opportunities an important edge, one we call time arbitrage. Whilst infrequent in nature, it is this difference in methodology that enables us to acquire great companies significantly below their true intrinsic value. By doing so, we have a much more robust margin of safety which, in turn, better enables us to hold our companies for long enough to allow them to reach their full potential. A factor which has (and should continue) to culminate in delivering attractive returns for you, our investors. 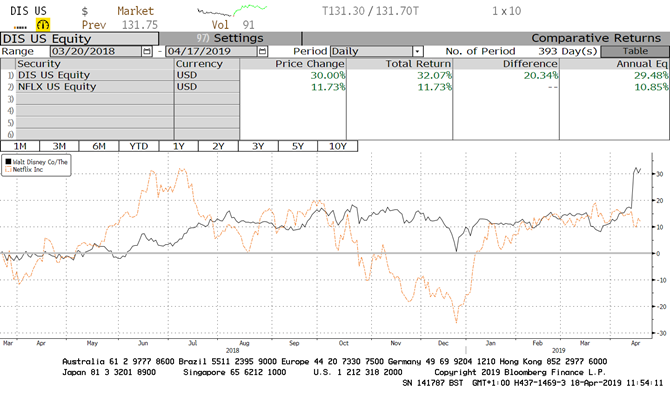 The value of investments and the income derived from them may go down as well as up and you may not receive back all the money which you invested. Any information relating to past performance of an investment service is not a guide to future performance. Fluctuations in the rate of exchange may have an adverse effect on the value, price or income of non-sterling denominated investments. Nothing in this document constitutes professional and/or financial advice. Advice from a suitably qualified professional should always be sought in relation to any particular matter of circumstances. 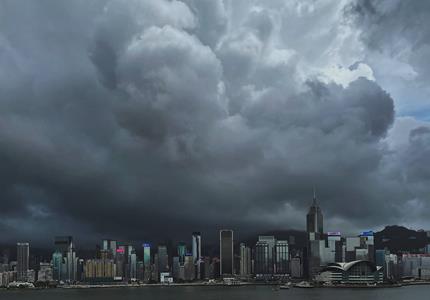 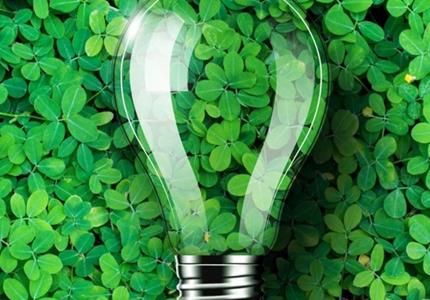